I visited the new Publix mega-grocery store in Cary on 10/29/14, for its grand opening. The employees’ smiles were brighter than sunshine. It was a wonderful experience and they gave out the green, re-useable, Publix shopping bags. I went home to research this company that met Cary’s picky standards. I found out that Publix does not hire LGBTs, it will not buy from LGBT suppliers or vendors, and it recently fired a gay employee.

I was appalled! I found this through google-ing ‘Publix’ in a few minutes (http://en.wikipedia.org/wiki/Publix). This is especially shocking after the law that had previously barred same sex marriages in this country was found to be unconstitutional. The ruling was about ending discriminatory practices against certain groups; that every one should be treated equally. The company is an employee and former employee owned entity. They will take money from the LGBT shoppers but will not hire or trade with the LGBT community. I am not a lawyer, but I know discrimination when I see it. The fact that they are an employee owned company should not protect them from discriminatory hiring and firing practices.

And, how do they prove that an employee is gay or prevent a gay person from applying for a job? Can a vengeful boss or coworker hurl a charge of being gay to get someone fired? Perhaps, I should use those ‘freebie’ Publix bags and write ‘Anti-Gay’ on them and stand out in front of the store in protest. I certainly will not use them for shopping to avoid giving a discriminatory company like Publix free advertisement.

I can not believe that this is allowed to happen! 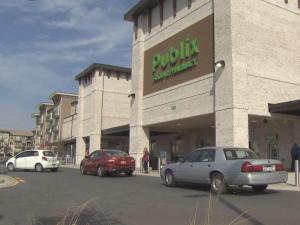