We are happy to report that the candidates who were endorsed by the NC NOW PAC in the general election did pretty well. More importantly for the future of North Carolina, the veto-proof supermajorities in the NC House and the NC Senate have been broken! The change in the NC House was known by the end of election day, 11/6/18, but it took until 11/19/18 to be sure about the NC Senate.

We evaluated how our endorsed candidates had done on Nov 10, 2018. Since then, the undecided races have been decided, but it is interesting to see which ones were that close, so that information is included with links to articles on what happened. We wish that gerrymandering hadn’t been such a powerful and deciding factor in the Congressional races.

In the NC Senate races, out of 22 endorsements, candidates took 15, lost 7 and one had not been called (Kirk DeViere) District 19, Fayetteville, but he was leading. (Update: Kirk DeViere won! See “Kirk deViere officially wins state Senate seat,” 11/19/18, Fayetteville Observer) 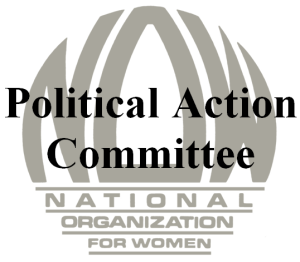 In the NC House, out of 41 (!), our candidates won 28 seats and lost 10 so far. 3 had not been declared yet (11/10/18) – Erica McAdoo, Christy Clark, and Rachel Hunt. (Update: Christy Clark and Rachel Hunt won, Rachel Hunt by 68 votes in a recount!) The GOP claims money made the difference, but we know women and motivation did! The money had to come from somewhere.

Our statewide Judicial candidates did very well, which is excellent for North Carolina.  Civil rights attorney Anita Earls is in the NC Supreme Court. It looks a lot like misogyny worked in Earls’ favor. Earls ran against long time Supreme Court justice Barbara Jackson. Jackson had “been on the N.C. Supreme Court since 2010 and was on the N.C. Court of Appeals for six years prior to that,” according to the News and Observer, 10/19/18.  This is the race that the young male lawyer, Chris Anglin, entered as a Republican and the NCGA leadership tried to block him from using the Republican label, even though he had registered as a Republican. Turns out, Anglin took 15% of the vote, and it feels likely he took it away from the incumbent (female) Supreme Court justice. Anglin barely campaigned. More on the judicial race results at “Democrat Anita Earls claims victory in NC Supreme Court race,” 11/6/18, News and Observer.

The Congressional races were disappointing. The national NOW PAC endorsed 7 candidates, and many showed great progress and improvement in likelihood of being elected via various polls. However, only incumbents Congressman David Price, and Congresswoman Alma Adams winning of our endorsed candidates. Incumbent GK Butterfield also won his race, so only candidates in the three very gerrymandered district incumbents won.

WRAL looked at all the races in “Some takeaways from NC’s elections,” 11/7/18 and had this to say about NC’s Congressional races.

“Gerrymandering! Democrats failed to flip a single congressional seat in North Carolina, so the delegation remains 10-3 in favor of Republicans, now that Democrat Dan McCready conceded the 9th District race to Mark Harris.” To do this, that means that “Republicans won 77 percent of the state’s congressional seats Tuesday night on the strength of just over 50 percent of the votes cast.”

That kind of completely unfair resulting representation is appalling. We are proud that candidates Kathy Manning and Linda Coleman got so close. Dr. Kyle Horton did well too, and with much less help.